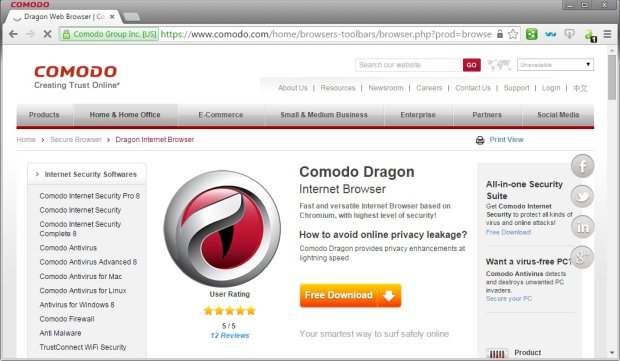 Fast and versatile Internet Browser based on Chromium, with highest level of security! Not FAST and SECURE enough? Comodo Dragon is your solution! CONVENIENT plugins. FAST search and load. SECURE browsing. EASY to start with. Comodo Dragon includes functional speed, stability, convenience and privacy enhancements that surpass all others in the market. The Internet has grown up and of course the sophistication of millions of hackers, scammers, phishers and thieves has grown too. Comodo Dragon is your must-have online privacy keeper which has all essencial features in a light yet powerful browser. Today’s Web users require MORE than a Browser that is faster, nimbler and more stable. They need one that is secure too! More than 25 million new strains of malware were created, causing a 400% jump in compromised Web sites worldwide.
END_OF_DOCUMENT_TOKEN_TO_BE_REPLACED 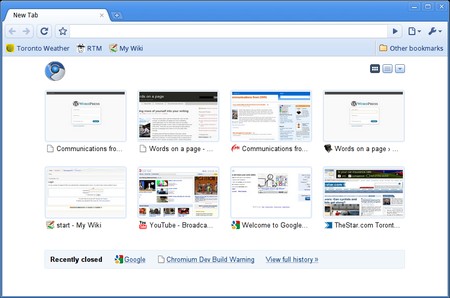 Chromium is an open-source browser project that aims to build a safer, faster, and more stable way for all Internet users to experience the web. The Chromium Project takes its name from the element chromium, the metal from which chrome plating is made. Google’s intention, as expressed in the developer documentation, was that Chromium would be the name of the open source project and that the final product name would be Chrome, however other developers have taken the Chromium code and released versions under the Chromium name. Google uses the code to make its Chrome browser. The Chromium codebase is widely used. Microsoft Edge, Opera, and many other browsers are based on the code. Other parties compile it and release browsers with the Chromium name and logo. Moreover, significant portions of the code are used by several app frameworks.
END_OF_DOCUMENT_TOKEN_TO_BE_REPLACED 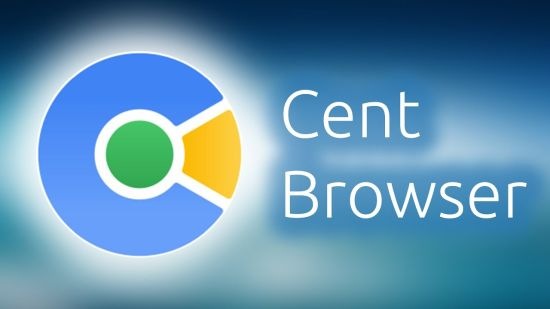 The Most Feature Rich Chromium. Cent Browser is an enhanced web browser based on Chromium with many convenient features like super drag, mouse gesture, scrollable tab bar, advanced browsing options and more. Based on the prominent web browser project – Chromium, Cent Browser inherits all its advantages. Mouse Gesture – hold and move the right mouse button to execute commands without using the keyboard, menus or toolbars. Super Drag – drag something by left mouse button to copy/open/search immediately. Memory Optimization – enable lazy session loading and automatic memory optimization to reduce memory consumption. Private Tab – login multiple accounts at the same time and use it just like in incognito window. Press Ctrl+M to bring it out. Fully Portable – portable version can be used in flash disk, and moved anywhere without data lost. Scrollable Tab Bar – set minimum tab width to avoid tabs becoming too small.Scroll entire tab bar by mouse wheel.(similar to Firefox tab bar). Privacy Protection – protect your privacy to the fullest extent, and provide options to block online trackers. Highly Customizable – lots of useful options, there is always an option to feed your needs.
END_OF_DOCUMENT_TOKEN_TO_BE_REPLACED